Container apps are the future 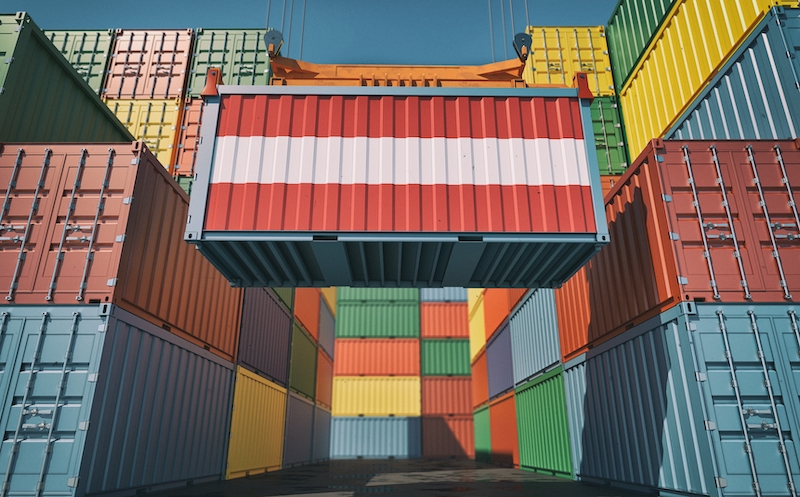 Apps that run in a container, safer, secure & reliable

We get asked the question by partners on if they should choose native, hybrid, react-native, web, etc. I would have said React-native in 2018.

Flutter creates apps in a container. All the components are built from the ground up. You can get 'native' feeling components that don't break with significant platform upgrades or vendor modifications. Not only that but the performance and reliability is incredible, the quality of these components is even higher than the native equivalents in some cases.

Game engines have used this technique for years. 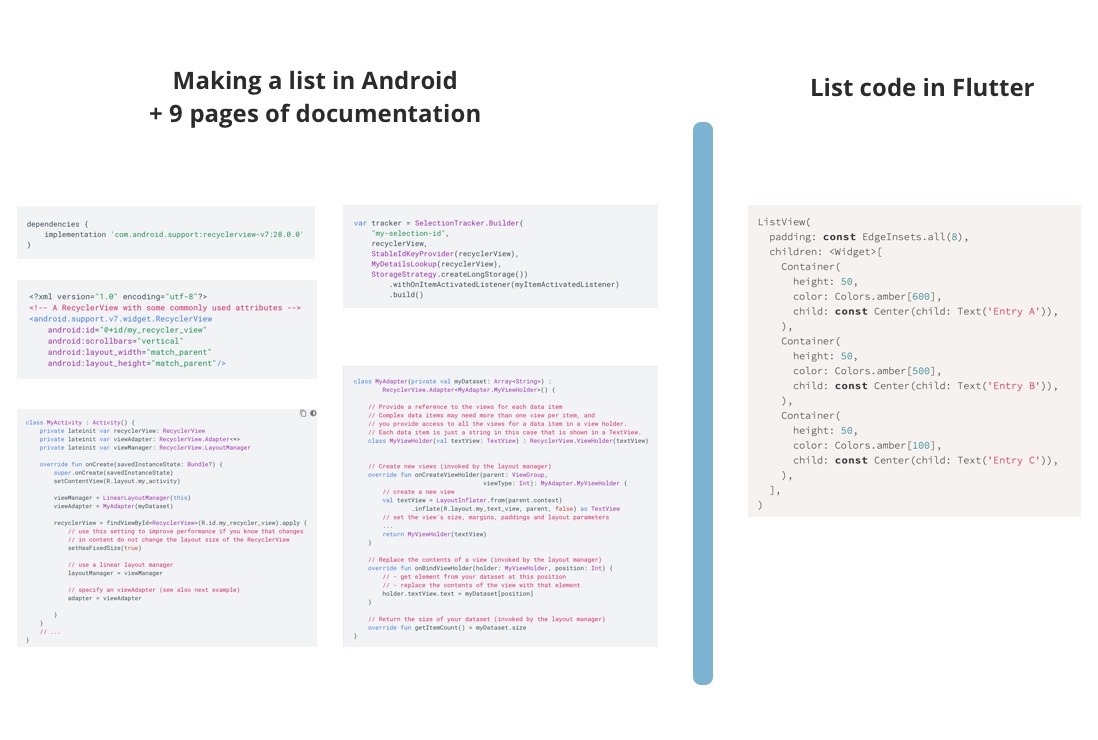 And with that comes lots of bugs, legacy code, and much more that developers have to struggle with daily. Native app projects, on average, have 3-4x the code to achieve the same thing as React-native or Flutter projects. Looking at some recent app delivery tests, we saw that using Flutter; we could get apps to market on both platforms with 11-15x times less manpower than native and 3-5x less then React-native. With native you are writing, testing and fixing twice!

When we first used React-native, it was a refreshing way to create mobile apps. Using TypeScript, you could easily manage medium to large-sized apps with 30k+ lines of code, refactoring support and silly errors were easy to avoid.

But what we found over the years was that many of the 3rd party libraries and even the React-native libraries had abysmal support or have 100’s of bugs. Libraries would be updated, and features would removed. There would be no change logs, or warnings for the developers.

Vanilla JS was a big issue for us. Many libraries didn’t support TypeScript. Some of the projects we took over were written in VanillaJS with no sign of data models, component types, etc. They were a nightmare to maintain or develop on.

Redux (A away to store data inside the app) was overengineered in the React-native projects we handled. It went from a beautiful, elegant, simple store to a monstrous beast full of middleware, observables, and ‘epics’ (the worst thing ever). We saw apps that were 70-80% Redux code. Something was seriously wrong. On top of that, they were not using types inside the stores so it became a hellish landscape for developers to navigate and of course many bugs and crashes would occur because of this; aka lost business, bad reviews, etc.

React-native also has a huge problem. It has to be on top of native platform changes. So when Google or Apple decides they want to change things around, it could potentially break your whole app.

Another example is the constant Swift breaking changes and Xcode updates. Another one coming soon is SwiftUI, Apple will start shifting towards this, React-native team and 3rd party developers will need to put in a lot of work to keep on top of this. You don’t have any of the same issues with Flutter. 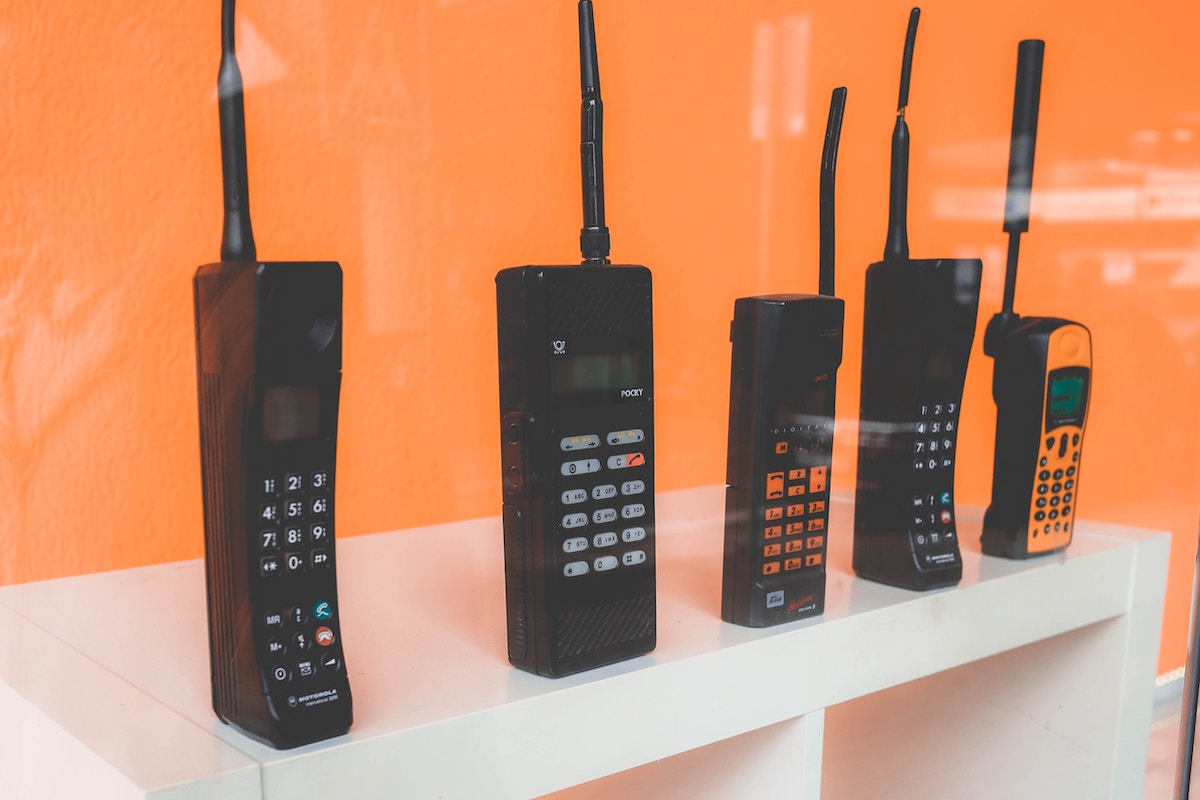 There are more than 14,000 Android devices. Many of which have unique bugs.

We had a device lab of Android devices, around 20 devices. Before each significant release, we have a team of quality assurance personnel test each device. Some devices with React-Naive looked entirely different. Dialogs broken, different colors, forced fonts, random bugs because the manufactures development teams have changed core components of Android. The worse of these manufacturers is Samsung, the amount of platform bugs their devices have generated over the years has been colossal. This results in a poor, inconsistant app user experience across Android devices.

To rub salt into mobile developers’ time, Android only generates a tiny portion of the revenue for mobile apps. Android users don’t buy any apps or in-app purchases, unlike the iOS alternatives. So not only are you wasting time with these manufactures you’re also taking more time then iOS to develop the same apps with a lower revenue.

On Flutter, we encounter none of these issues. Since all the components are containerized, the UI is displayed using their engine. You can guarantee that the devices will function the same on every Android device out there while being ultra performant and emulating good native practices. Also, being the same code base for both platforms, there are simply no worries. Time is saved for quality assurance departments and developers alike.

We really believe that Flutter is a great way to make apps, so far we've been using it for more Then two years and awesome! Recently you can deploy flutter on 6 different platforms using the same codebase!